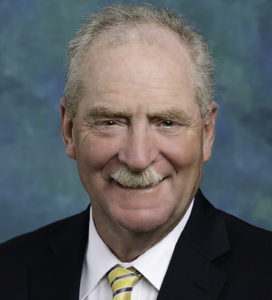 He saw more than a con-man

Then he picked up and vanished — the day before the Portland hijacking.

When D.B. Cooper’s FBI sketch first appeared on TV, Astorian Pete Roscoe, then a college student, told his family and friends that the fugitive looked a lot like their missing town con-man. But they all laughed it off.

For 40 years, the baron’s victims remained silent about their embarrassing ordeal. All except Roscoe, a former city councilman and a life-long restaurateur. After hearing of the team’s cold case investigation in 2011, he stepped up and told his community’s humiliating story. But knowing the sleuths needed more witnesses to confirm his bizarre tale, the activist worked tirelessly to find them – and more than a dozen followed his lead.

Since then, two forgotten Astorian articles have been recovered from a personal scrapbook (below), substantiating the memories of these (now) senior citizens. And we owe all of it to the driven Pete Roscoe, now featured in the award-winning book, The Last Master Outlaw. Here is his personal testimonial:

“Working with Tom Colbert to find the witnesses along grifter Norman de Winter’s deceitful trail through Astoria and Corvallis, and the incredible connection which developed to D.B. Cooper and Robert W. Rackstraw Sr., has been an eye-opening experience.

To see the story finally come to light after four decades has been very gratifying. But to read the thoroughness and diligence to history that Colbert and his co-writer, Tom Szollosi, applied to their book, that has been the real reward.“

Tip from 2 Vegas men reignites interest in a freed Cooper...

The D.B. Cooper Airline Witness who pointed at Rackstraw

How a basketball legend found love – and maybe D.B. Cooper