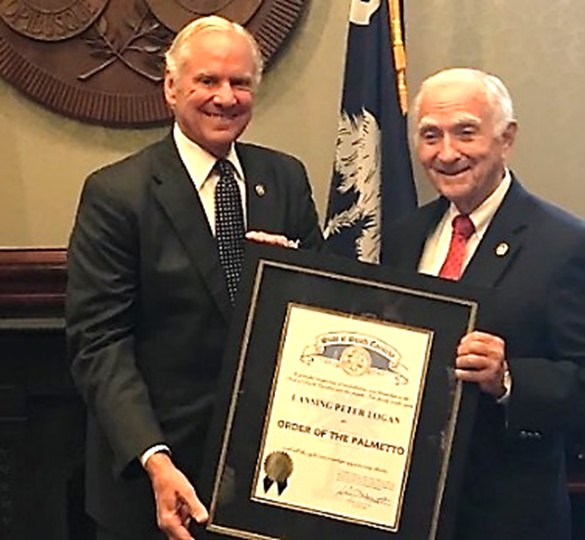 After receiving Governor’s certificate and Attorney General’s portrait for 60 years of service, Pete Logan is recruited by a 40-member national cold case team

Congratulations to Pete Logan on his SIX DECADES of public service!

In the early 1960s, the workhorse began his career in Chicago as an FBI polygraph expert. One of his highlights there was working on the JFK assassination.

Twenty-nine years later, the retired G-man joined South Carolina Law Enforcement Division (SLED).  Pete was at the center of another high-profile event in 1994: He secured the confession of child-killing mom Susan Smith.

In the last two decades, the lieutenant worked on every major state case. He finished up his service as a senior investigator for the State Grand Jury in the Attorney General’s Office.

Today, we unveiled a portrait of him that will be hung outside the State Grand Jury room. Weeks ago, he received a life-time certificate of service from Governor Henry D. McMaster.

At 80 years old, Pete is slowing down – but just a little. The organizer of a 10-year cold case team, Thomas J. Colbert, has asked him to join the volunteer national task force, led by former FBI.