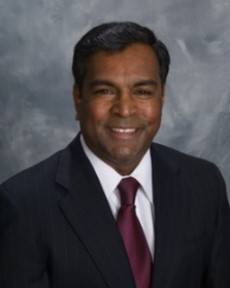 A handwritten letter signed “D.B. Cooper” and mailed to a Vancouver newspaper in 1971 is one of 102 pieces of evidence in a five-year cold case investigation that was the subject of a recent documentary on the History Channel.

The letter, mailed to The Province in an envelope postmarked in Vancouver on Nov. 30, 1971, was one of four mailed in the Pacific Northwest by someone claiming to be the infamous fugitive who hijacked a plane from Portland to Seattle six days earlier, and then made his escape by parachuting out of plane, 10,000 feet above Oregon, with $200,000.

“You’re the only paper that can say ‘we have the evidence mailed to us that appears to link him to the aircraft,’” Thomas J. Colbert, a filmmaker and former journalist who assembled a team of 40 investigators in the hopes of cracking the case, told The Province.

The printed letter, addressed to the “Chief Editor, The Province” complained about the inaccuracy of the composite drawing of the hijacker. The writer claimed he had attended a Grey Cup game and thanked the city for its hospitality.

Colbert spotted parallels between the printed signature on the “Dan Cooper” jet boarding pass and the printing in this 2nd DBC letter. He also noted the “Thanks for your hospitality” ending matched the closing in the 1st letter – not yet on national newsstands.

A world-renowned handwriting expert working with Colbert, Linton A. Mohammed, compared this taunting D.B. Cooper note to the hijacker’s airline ticket, purchased under the name Dan Cooper, and he concluded they both appeared to be written by one writer (his testing graph below). The finding is not conclusive, however, and wouldn’t hold up in court because the original copy of the letter has gone missing, said Colbert. (FYI: It wasn’t “missing”; through a judge’s FOIA order, the team learned the original letter was quietly put into a locked file drawer at FBI Headquarters – where it remains today.)

The Province turned over the original note to Vancouver Police. At the time, it was dismissed as a likely hoax because it was sent within a day of the other letters. But Colbert said Cooper used the mail routes to throw authorities off his scent, and he relied on a small plane to hop between the cities.

The three other postmarked envelopes, sent to Reno and Portland newspapers, used cut-and-pasted lettering. The first and last in this four-letter chain, sent over a five-day span, were mailed from cities in Northern California – both within 80 km (50 miles) of a remote mountain town where a man Colbert believes to be Cooper lived for the next eighteen months after the 1971 hijacking.

The new 4-hour documentary on the unsolved case, which aired last week on History, suggested D.B. Cooper is Robert W. Rackstraw, a combat pilot and paratrooper with Special Forces and CIA training. It showed 2013 video footage of Colbert’s crew approaching Rackstraw, now 72, at a marina in California.

Colbert also co-wrote a book, titled The Last Master Outlaw, detailing the 102 pieces of evidence that suggest Rackstraw was the culprit.

On Tuesday, an FBI release stated it is no longer investigating the Cooper skyjacking case in order to focus on other priorities. The next day at a press conference in Los Angeles, Colbert called on the Bureau to reopen it, claiming the case agent had canceled a long-planned meeting to view the team’s materials.

When asked how certain he was Rackstraw is the wanted fugitive, Colbert said: “Absolutely sure.”