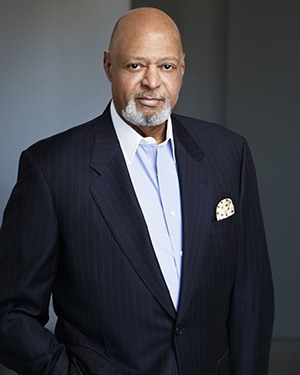 After nearly five decades behind bars for a crime he says he didn’t commit, Raymond Gray will go home a free man on Tuesday.

The Detroit man, now 69 years old, was convicted of murder in 1973. For decades, Gray and his supporters have pointed to a lack of physical evidence and questionable witness testimony, and calls for his release have only grown louder during the COVID-19 pandemic.

Gray’s release comes as part of an unusual deal with the prosecutor’s office, a deal Gray and his supporters don’t see as fair or just, but, a way to get him home.

He pleaded no contest to second-degree murder and was given credit for time served. He was released from a prison in Muskegon at 1 p.m.

“He’s just taking the plea to gain his freedom,” Bill Proctor, a former Channel 7 reporter and the founder of Bill Proctor and Associates, said. His group works to free the wrongfully convicted.

Before going away to jail, Proctor said Ray had a lot of opportunities before him.

“He was about to turn pro as a boxer, had become a champion in his weight class way back then. He was a talented individual in art,” Proctor said.

That’s something Ray has kept up with while behind bars.

So how did he end up doing time for a crime so many, including him, maintain he didn’t commit? Proctor says it was due in part to a case of mistaken identity, perhaps due to Ray’s facial hair at the time.

He was convicted in 1974 of the shooting death of Ruben Bryant, stemming from a robbery in an apartment on Detroit’s west side.

“His family tried to tell the judge at the time, he was at home,” Proctor said. “But for some reason this judge chose not to believe them.”

But now the prosecutor’s office says given the time passed and the possibility of innocence, Ray will walk free but won’t be exonerated.

In a statement, Prosecutor Kym Worthy says, “Given the amount of time served and the possibility of innocence, we agreed to allow Mr. Gray to enter a no-contest plea to second-degree murder with a sentence agreement to time served, we wish him well.”

“He says he’d rather be free under a bridge than in prison,” Ray’s wife Barbara said in 2020.

Over the years, many have spoken out in Gray’s support, including a retired Michigan State Police commander and now deputy director of the Detroit Crime Commission, who wrote Gov. Gretchen Whitmer on Ray’s behalf, asking for a commuted sentence.

Proctor says in addition to spending time with his wife, who is sick, Ray will spend his freedom continuing to make his art.