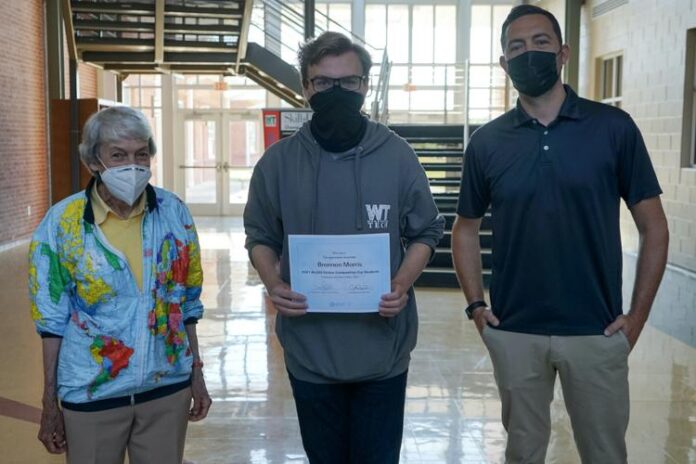 In achieving that goal, the 17-year-old Worcester Technical High student not only created a working mapping system to improve officer drive times, but he also gained statewide recognition.

Morris’ project, which uses GIS technology to map drive times between police stations and service areas, was the top entry in the Are We Protected? Maryland Mapping Competition, beating every other contestant in the state. Morris was surprised with the award last week and said he had no idea until he was called to the front office.

“When they gave it to me, that entire day, I was shocked,” he said.

A junior at Stephen Decatur High School with dual enrollment in GIS and criminal justice at Worcester Technical, Morris said he wanted to use both his study areas when generating ideas for his project.

“I wanted to look at things I could do in GIS,” he said. “I saw the drive times and decided to do that with mapping the police stations.”

He created the system in ArcGIS Online, a program he has used for the last two years in his studies.

“It took me about three weeks to do everything,” he said.

“It helps the police drive times because they are able to put more people out there and … they can get there faster rather than leaving from the police station and taking more than 30 minutes to get there,” he said. “I just want to be able to help people and solve the problems in the community to just keep up with everything.”

As a junior, Morris said he has not thought extensively about his next steps but right now he is interested most in criminal justice. He said he is leaning toward pursuing a job as a police officer, or a position as a crime analyst.

Checking out what is in TU’s DNA