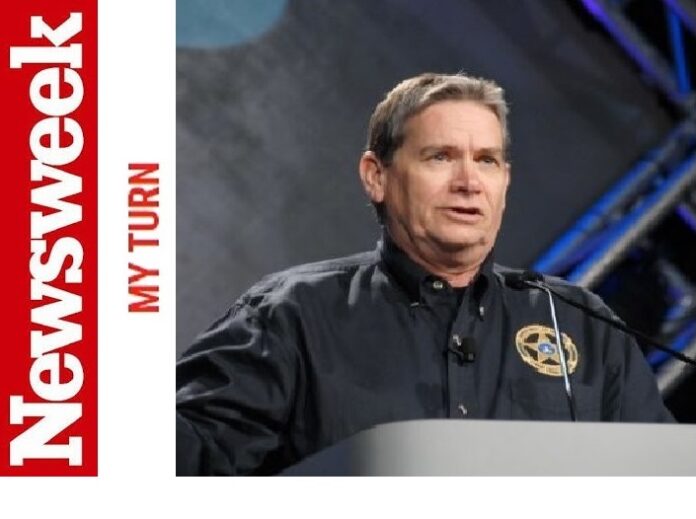 People are fascinated by D.B. Cooper because he stuck it to the man—and got away with it. The man hijacked a plane in November 1971, demanded $200,000 and then parachuted from the aircraft and was never found. It became folklore. People wrote songs about it, there are movies about it—and, as of July 2022, there’s a new Netflix documentary.

I watched the program and I thought the producers muddied the waters with many of the people they featured. Most of them were distractors whose theories had already been disproven 40 years ago. I felt particularly annoyed because I am part of a team of professionals of more than 40 law enforcement officers, military intelligence folk, legal minds, private eyes and forensic experts who worked on this case solidly for 10 years.

We studied the facts, not hunches. We also fought the FBI for six months to get thousands of pages from the secret Cooper case file through the Freedom of Information Act. 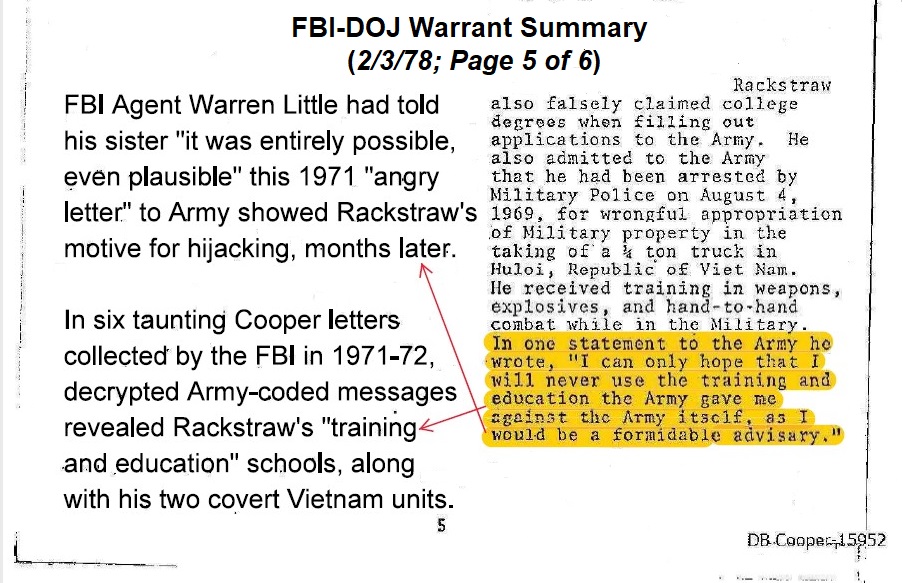 Our volunteer group, now known as The Case Breakers, formed in 2010, but I joined in 2016 when I was 65 years old. I was partially retired but still doing a little consulting and coaching high school baseball. Most of our team was retired, so we had time to follow leads. I found out about the group when a friend of mine—who had been a well-respected senior executive in the government—referred me to the group leader, Tom Colbert, and said I should be on the team to help with the cyber investigation.

My background was in investigating cyber-crime, including 10 years as the Chief of Computer Crime Investigations and Digital Forensics for the U.S. Air Force Office of Special Investigations. 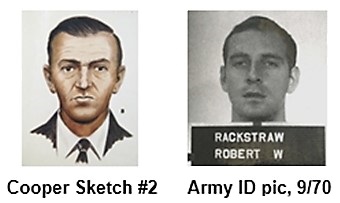 The team wanted me to infiltrate the D.B. Cooper online chat-rooms, where people shared information and theories about different suspects. They had monitored these forums and noticed four users who seemed to know information that only our team had, and had not disclosed. The team felt that this was our prime suspect (with 9 points of facial match), former Army Special Ops pilot Robert W. Rackstraw, out on the website, feeding his ego and putting information out to see what everybody knew.

To find out whether these users were Rackstraw, I put a unit together and we went out undercover, creating separate online personas. We joined the site for over a month and then drew these 4 people to us. Sure enough, they started conversations with our unit. 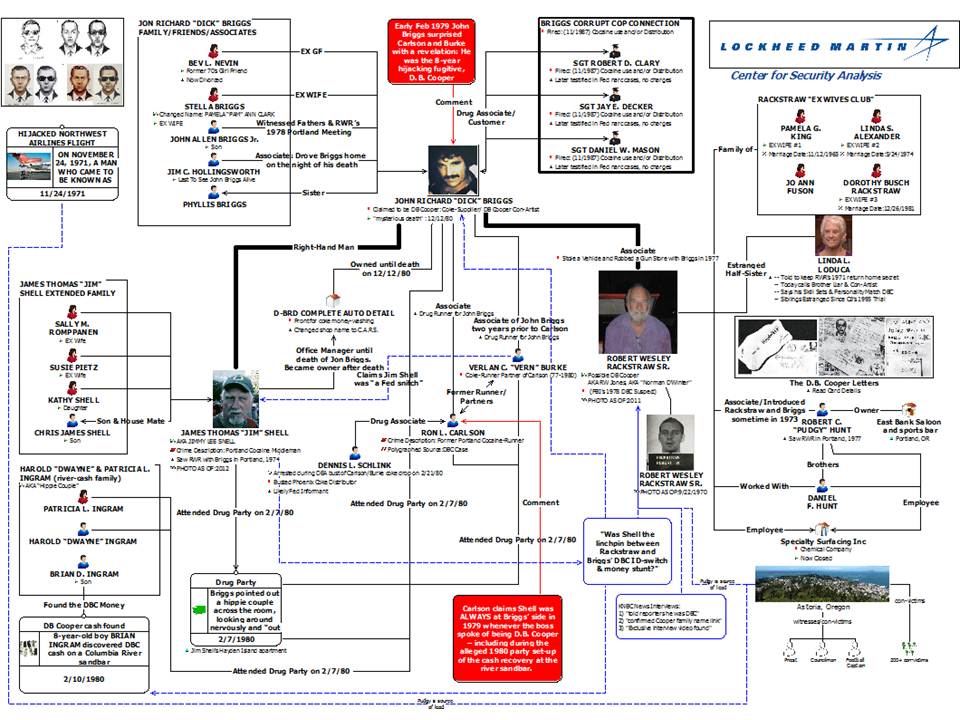 We shared a document with them—a link analysis chart of all of the evidence connected to Rackstraw—and monitored the IP address of the users who clicked on it. From that, we narrowed it down to their ZIP code, but not to an individual person. Without law enforcement powers of subpoenas and search warrants, we couldn’t get any closer, so we couldn’t definitively say it was Rackstraw or somebody working with him. It was frustrating.

While that was happening, I also ran a catfishing operation. An electrician down in Mississippi had messaged Rackstraw on Facebook, pretending to be a 53-year-old female nurse from Alabama. The guy shared their text conversations with me. Rackstraw had led him to believe that he was D.B. Cooper but he wouldn’t openly admit it, so we didn’t have definitive evidence.

I helped with other investigative work, and getting access to new evidence was exciting. The FBI said that Rackstraw hadn’t become a suspect in the D.B. Cooper case until seven years after the incident, but we found memos to and from J. Edgar Hoover, the founding director of the FBI, talking about Rackstraw as the probable suspect from the beginning. 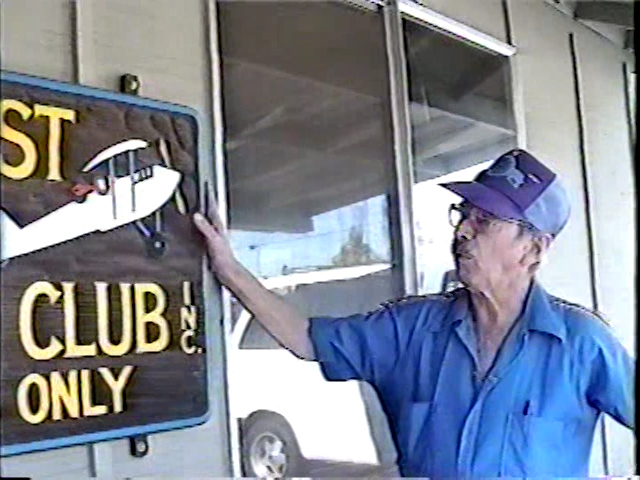 Our team also uncovered physical evidence. A couple of pilots in Washington heard that three now-deceased members of their aero club had helped D.B. Cooper. The old-timer who told them described the specific forest area where they had apparently buried the parachute. Some of our team went out there to help with the very remote dig and, after about a week, they recovered what appeared to be a decades-old parachute strap and foam backpack padding.

I was confounded as to why the FBI wouldn’t reopen the case. The evidence that our team had produced against Rackstraw — including his recovered DNA — was so overwhelming that I just didn’t understand why you wouldn’t prosecute. 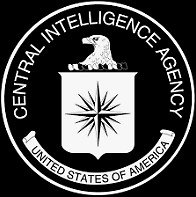 I had 42 years of investigative experience, so I followed leads to try and find out. I read that Rackstraw used to brag about working for the CIA in Iran-Contra, so I approached one of my senior intel sources, who had retired from his job in Intelligence.

Within a day, he came back to me and said, “I want you to listen very carefully to what I say. I asked my source at the CIA and the answer was, ‘We cannot confirm.’ Words matter.”

Like I said in the documentary, it’s usually “cannot confirm or deny.” If the CIA says “we cannot confirm”, that tends to be code for, yes, he was working for the CIA.

I believe that D.B. Cooper cut a deal with the Department of Justice. I believe they said, “We won’t prosecute you, we need your special operations and flying experience with Iran-Contra, so if you do that with the CIA, we’ll forget about it.” 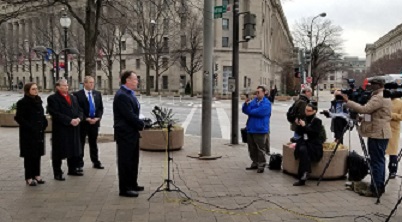 Tom and I and others attended a press conference in front of the FBI’s HQ in 2018 where he declared the case closed. We believed we had solved the case of D.B. Cooper, that it was Rackstraw, and we listed our reasons. I said I thought the FBI wasn’t pursuing the case because they were either ignorant, arrogant or complicit—and I think it was a combination of all three.

As an investigator, you want the bad guy to go to jail. This was what motivated me throughout my five-year involvement in the investigation. I believe in right and wrong and I believe that people should be held accountable. D.B. Cooper might be a hero to some, but you still shouldn’t do what he did: taking a bomb on a plane, putting all those people at risk.

When you’re in the government, things are difficult because you have a lack of resources, you’re overwhelmed. Your case load is huge and a lot of times you pick the low-hanging fruit and move on. But when you have a case that’s been opened for 45 years and nobody has solved it, there’s no urgency to it. With Tom’s team, everyone was working for free—and we worked to get the truth.

We’re still being sent FBI files today. It’s such a big case that they can only review and send out 100 or 200 pages a month. We still haven’t got the whole file.

We now consider the case closed. Our team has moved on to new cases—such as the Zodiac Killer, the Jimmy Hoffa disappearance, and the Atlanta child murders of 1979–1981. We have some new folks on the team, and, although I don’t spend as much time investigating anymore, they sometimes call me for advice.

In all of these new cases, as with the D.B. Cooper case, it’s about finding the evidence and getting closure. Holding people accountable for what they did.

Jim Christy (on Twitter @Jimchristyusdfc) is a retired special agent who specialized in cybercrime and digital forensics . He is featured in the team’s second-addition book on D.B. Cooper, The Last Master Outlaw – the hijacking award-winner with the highest number of 5-star Amazon reviews. Christy is now the Cyber Team Lead for The Case Breakers, and he is now focused on more unsolved crimes around the country.

Decider.com: The Skyjacker’s “Mystery within a Mystery”