Gary Francis Poste, the Air Force veteran-turned-house painter who is alleged to have been the notorious Zodiac Killer, also has been revealed as the ringleader of a group of young men he trained as “killing machines.”

A team of 40 private investigators, known as the Case Breakers, claimed last October that they had unmasked Poste as the psychopath who terrorized the San Francisco Bay Area in the late 1960s with brutal murders accompanied by creepy riddles, through photos and anagram code-breaking. The sleuths now state that, after the killing spree, Poste led a bizarre double life in a small Sierra Nevada town.

The Zodiac mysteriously dropped out of sight in the mid-70s after a final letter to the media. His case is among the most infamous unsolved murders in the world.

Poste moved to Groveland, Calif., in that same time period, according to Thomas J. Colbert, founder of the Case Breakers – which consists of former cops, forensic analysts, feds, academics and retired military. He said the volunteer task force, working cold cases for 10 years, will be featured in a four-part documentary about “the real D.B. Cooper” in the summer of 2022 on a premium streaming channel.

According to property records, Poste settled in Groveland after marrying a single mom with a young child. His former neighbors said the alleged killer fronted as a mild-mannered house painter and was well liked by the locals. 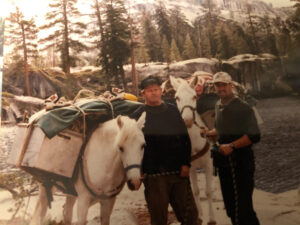 But Poste (between horses) also began recruiting young men in their late teens and 20s as his own personal criminal gang in the picturesque mountain town.

Some of them were part of what locals called “the posse,” and they stayed loyal to Poste for decades until he died in 2018. He would take them deep into the mountains where they learned to “hike and kill” wild animals and harass Poste’s perceived enemies, town sources said.

“He taught them how to turn a pipe bomb into a bomb that would blow up houses,” Colbert said. “If new cops moved into town, he’d have [the posse] throw rocks through their bedroom windows to get them to move out.” The organizer claimed Poste even “loaned guns out to suicidal people in the one-street town.”

The followers would go on long hiking trips into the mountains with him to kill animals – not to eat them, but for the “thrill of it.” One photo shows “a kid climbing out on a tree branch, hanging caches of raw meat,” Colbert said. “I’m told that Poste would then nail salmon hooks into the trunk to catch bears, trying to get at it.”

When posse members later circled back, the stuck bears would be found bleeding to death. Poste just watched them from a lawn chair, laughing and taunting them. “That’s how sick he was,” said Colbert.

One posse member, whom Colbert identified only as “Wil,” fled Groveland in 2014 after seeing sketches of the Zodiac Killer and confronting Poste. He reportedly joined the group as a teenager in the late 1980s. 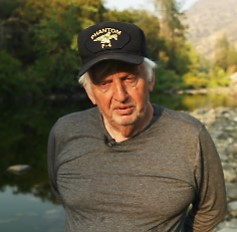 Former Air Force Capt. Hans Smits (left) met Wil after he showed up, homeless, at a Salinas TV station to allegedly expose Poste’s double-identity. The Vietnam-era pilot and a TV anchor friend there, Dale Julin (below), both agreed to protect Wil, then 45. They also promised to take him to the authorities. 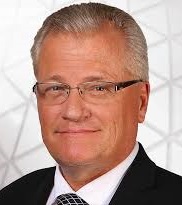 researching the Zodiac case. After allegedly cracking the killer’s cryptograms, the newsman filed court affidavits saying a Groveland man (Wil) and two other Californians told him that Poste confessed to being Zodiac.

After the FBI interviewed Wil and didn’t pursue his wild claims, veteran Smits told The Post he personally took him under his wing. But during a follow-up dinner, the former Vietnam pilot said his charge noticed “two bad dudes” from Groveland, stalking him. The next day, Smits said he put Wil on a train to the Northwest, where he remains today. Now seven years later, Smits said he still keeps an eye on Wil. 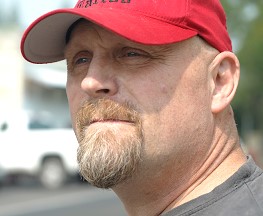 Last month, a man believed to be Wil (left) claimed in a YouTube video that he had been a member of Poste’s posse. “He just didn’t have a conscience,” Wil said. “He could just kill indiscriminately. He couldn’t stop after he came up here [to Groveland]. He had to continue to kill even, if it was small animals —just to make himself feel better. Of course, he did end up killing other people.”

According to Smits, Wil confessed to him that he was with Poste at least one time when the gang leader ordered another posse member to shoot and kill a man at a mountain lake in the High Sierras. The New York Post was unable to independently verify the charge or find a second source to corroborate it. Colbert, however, said his team plans to travel to the alleged remote location and investigate Wil’s claim.

Smits also said that, when Wil directly asked Poste, “Are you the Zodiac?” the old man, then 77, came after him with a 5-pound hammer. Following a blow to the chest, Wil ran for his life and became the whistleblower.

The Zodiac Killer taunted authorities and newspapers with elaborate coded messages and cryptic notes. Amateur sleuths have tried for decades to decipher the cryptograms, or ciphers. Of the four ciphers produced, two remain unsolved, and one took 51 years to crack.

Police say the madman killed five people and severely wounded two others during his binge, which began in the Bay Area in the late ’60s. But after two years of research, the Case Breakers believe the tally is closer to a dozen, with similar crime scenes stretching from San Diego to Lake Tahoe. 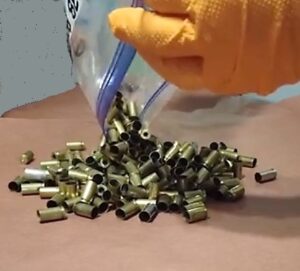 This month, Colbert got a tip from his Groveland sources about what he suspects is a trove of crucial evidence, showing that Poste was the Zodiac Killer. According to the organizer, a few years before his 2018 death, Poste began quietly giving away his weapons, pistol parts, gunpowder, bullets and shell casings — over a thousand, involving 25 diverse calibers — to “favorite locals.”

Colbert said the “evidentiary goldmine” is now being examined by forensic labs in three states. He believes that modern techniques, like identifying fingerprints, extracting DNA, and identifying unique ballistics profiles from shell casings, may match official police evidence and convince skeptical detectives that Poste is their man.

“The FBI’s investigation into the Zodiac Killer remains open and unsolved,” the Bureau said in a statement to The Post. “Due to the ongoing nature of the investigation, and out of respect for the victims and their families, we will not be providing further comment at this time.” 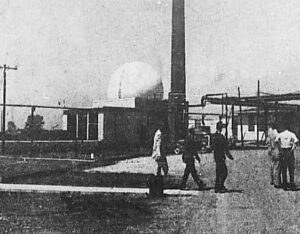 Whether or not he turns out to be the Zodiac Killer, Poste may have come by his strange life as a result of a 1959 drunk-driving accident at the age of 21. Trained in cryptic coding, he was working at an Air Force radar station near Rockville, Illinois, when he was a Jeep passenger that slammed into a railroad tunnel wall – killing the driver, according to the Evansville Courier & Press.

Poste was heavily scarred on his forehead and had to have all his teeth pulled because of his skull and brain injuries. A former colleague at the radar station told Colbert the ordeal greatly “affected him.” 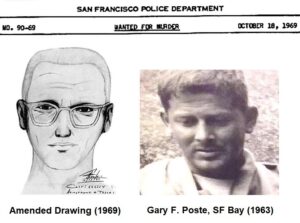 After his recovery, Poste was shipped out to a radar station in Greenland, one of the “loneliest and most isolated” bases in the world, Colbert said. “That’s where we believe he lost it,” the investigator added. “He came back to the USA a different person.”

Colbert’s team believes Poste is the Zodiac because of his physical similarity to a 1969 police sketch of the killer, both featuring forehead scars. The former FBI agents that lead the group called that match “irrefutable.”

Poste’s last years were also tumultuous. In 2016, he shoved his wife, 74, into a wall at their home before being jailed for the attack. He was later found mentally incompetent to stand trial and was placed in a state hospital before apparently being placed under a mental health conservatorship, The Sun reported.

Some, including his former stepson and a former posse member, believe his dementia was all an act. Be that as it may, the suspected serial killer died in 2018 from sepsis, dysphagia (difficulty swallowing) and vascular dementia. According to TMZ, the 80-year-old’s remains were scattered in the Sierra Mountains.

“A lot of people in that town still think he was just a simple housepainter,” Colbert said. “They are wrong.”

Who’s the Alleged Zodiac Killer Identified by the ‘Case Breakers’?