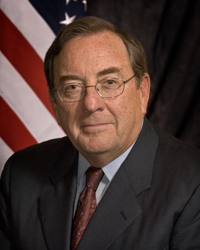 Mystery man whose audacious hijacking shocked the world is exposed in a series of court-released FBI files.

Nothing about the businessman who strode on board the plane that day singled him out. Blending in perfectly with his fellow passengers, everything from his sunglasses, white shirt and dark business suit to the black attaché case he carried screamed corporate America.

Yet at the start of the Boeing 727 flight from Portland, Oregon, to Seattle, Washington, “Dan Cooper” suddenly opened his case and showed what appeared to be sticks of dynamite. He demanded $200,000 and four parachutes in return for the safety of his 36 fellow travelers. After getting what he wanted at Seattle Airport, the high-flying robber ordered the crew to take him to Mexico.

But somewhere over the American Northwest, Cooper donned a ‘chute and, clutching the cash, jumped out. It was November 24, 1971, and a national manhunt for the daredevil was mounted, but he was never found. Eventually, just $5,800 of the marked dollar bills were uncovered in 1980, decomposing beside an Oregon riverbank, but Cooper – and his real identity – disappeared forever, along with the rest of the money.

Cooper appears to have been exposed as Robert W. Rackstraw, 75, who died of natural causes in July.

A secret FBI “death file,” released by a judge this week, disclosed the identity of the outlaw who has been mythologized in film, TV and song. For 45 years he was on the FBI’s Most Wanted list, until, in 2016, the agency officially closed the unsolved case.

But the newly-uncovered FBI documents reveal its agents strongly believed their prime suspect was the former US Army pilot, paratrooper and explosives expert Rackstraw – and that he was also a CIA black-ops man.

“Three separate intelligence community sources have told us he was a CIA freelancer before and after the hijacking, and that’s why they protected him.

“The new files quote leading [FBI] investigators who were convinced that Rackstraw could be Cooper. He got away with the ransom, invested it in property, and the FBI turned a blind eye, flat-out lying and covering up his crimes to avoid embarrassing the government.”

The bureau’s alleged disinformation campaign involved both the media and the web. Colbert pointed out an entry at Dropzone.com, a blog for “Cooperite” researchers, made by FBI NORJAK agent Larry Carr: “There are 1057 sub files in the [Cooper] case, each representing a subject that has been investigated. There is not one piece of verifiable evidence linking a subject to the case.”

After the skyjacking, DB Cooper entered American popular folklore and helped changed the face of world travel. At the time, there was no security screening of passengers or X-rays of their luggage. He inspired several copycat hijackings for ransom that year, which sparked the beginnings of the modern airline security network.

In addition to the damning fed files, Colbert, 62, who lives in Ventura County, California, says his volunteer team of investigators, led by a dozen former FBI, found more than 100 materials which incriminated Rackstraw – including physical, forensic (including DNA), direct, testimonial, hearsay and documentary evidence.

The documentarian then sought neutral opinions from top experts. One of them was a former two-time U.S. Attorney, FBI agent and San Francisco Law School dean named Joseph P. Russoniello (photo at top): “I’ve reviewed the materials provided by your investigative team and have concluded the evidence is clear and convincing that Rackstraw was Cooper.”

These developments, first revealed to the FBI in 2015, apparently set off alarm bells at headquarters during the Comey Administration. According to agent emails and tran-scripts recently recovered by Colbert, the director’s senior executives voided their 5-year collaboration with the team and refused to accept any of its work. Colbert said the bureau then “lied” about it all at a 2016 new conference — stating they had reviewed the evidence, dismissed it as weak and concluded “there isn’t anything new out there.”

The team noted Rackstraw’s 1970 Army photo, dug out of an old Pentagon file by the sleuths, has “nine points of match” to Cooper’s sketch and fit the hijacker’s FBI profile. He also had the expertise to make a bomb and jump from a plane.

And Rackstraw had a motive: The airline takedown came five months after the career soldier with Special Forces training was kicked out for lying about his rank, medals, and college education record – he was a high school dropout.

The new memos note the booted lieutenant then mailed his former brass a veiled threat: “I can only hope that I will never use the training and education the Army gave me against the Army itself, as I would be a formidable advisary [sic].”

Even after the hijacking, Rackstraw craved adventure and clashes with the law. He taught the Shah’s pilots to fly choppers in pre-revolutionary Iran; printed and delivered fake cheques to banks; stole cars, aircraft and construction equipment; then after absconding with 22 cases of quarry dynamite and weapons from an armory, officials believe he sold them to various radical bomber groups.

He even stood trial for murdering his own stepfather — the man who hid him after the hijacking — but was acquitted by a sympathetic jury. Rackstraw went on to fake his own death in 1978 by calling in a phony Mayday crash in California’s Monterey Bay.

Months later the fugitive was found (above) and jailed for two years. In all, he had earned more than 30 criminal titles while using fake identities in five countries.

Rackstraw wed three times, becoming a father, grandfather and great-grandfather. After divorcing his third wife, he continued to live with her in the wealthy Bankers Hill district of San Diego, California, for another 20 years. He owned a boat shop, Coronado Precision Marine, and had a 45 foot cruiser, wryly named the Poverty Sucks.

When confronted about Cooper’s skyjacking shortly before his death, Rackstraw confessed: “I’m probably one of the only people who can close the case.” Asked directly in 1978 if he was Cooper, Rackstraw teased: “Could have been… could have been.”

He spoke with authority in 2016 about the Cooper cash found along the Columbia River shore, saying: “I could be wrong, but I believe that’s all that will be found.”

So far, he’s been right.

Rackstraw even confided to family members that he was DB Cooper, claims Colbert.

FBI agents told reporters in 1971 that they suspected Cooper died making his daredevil parachute jump into a wind chill of minus 57 degrees, only to land in wild snow-covered woods while wearing loafers and a trench coat.

But several farm witnesses, quietly interviewed by the FBI, claimed three getaway accomplices (two recently located by Colbert’s team) were waiting on the ground with a small plane to extract Rackstraw. And the ransom cash recovered at the Columbia, nine years later, was planted by him to mislead federal officials, multiple sources have told the private investigators.

Cooper may have represented a darker side of America than the daredevil criminal whose escape captivated the nation.

Rackstraw flew helicopters for an intelligence unit of the US Army’s 1st Cavalry Division during the Vietnam War, where he fell in with a CIA operative. The duo disappeared together for “days at a time” on secret missions, according to LTC Ken Overturf, Rackstraw’s retired Vietnam commander in 1969.

Court records also show, right after his alleged 1971 skyjacking, he was a pilot for the CIA’s Air America in Laos. Then a decade later, he signed up to run covert flights during the Iran-Contra affair in Nicaragua.

Rackstraw told a Facebook friend: “Everything I did for our government raised questions.”

Rick Sherwood, a former US intelligence officer and 3-tour Vietnam code-buster (left), was recruited in 2015 to join Colbert’s team. He analyzed six taunting letters sent by a Cooper writer to the media, in wake of his disappearance. Colbert used a court order to get the notes from the FBI’s sealed hijacking file.

In the second letter, Sherwood claims to have decrypted an Army-coded message which said: “IF CATCH I AM CIA.”

In the last one (below), several independent experts declared that Sherwood had unmasked Rackstraw’s bragging confession to the high-flying crime.

Colbert believes the FBI “bushwhacked” his team’s seven-year investigation because they came too close to proving the bureau had a strong case to prosecute Rackstraw, but chose not to — in order to shield his CIA missions overseas.

The cold case organizer says: “It was a cover-up, and we now have the FBI’s own files to prove Rackstraw was the prime suspect. Everything points to him.

“He was questioned by investigators in 1978 and he gave three different alibis, all proven to be false. But the FBI still let him remain free. “

After Rackstraw’s death, his former lawyer, Dennis Roberts, insisted: “He’s not DB Cooper.” Yet bizarrely, the attorney claimed that Rackstraw was responsible for another unsolved skyjack, which was supposedly why he never sued anyone accusing him of being Cooper. “It would have meant that he would have had to admit the second hijack,” said Roberts.

Transportation experts, however, state there are no other unsolved American airborne robberies.

A new TV documentary series on Rackstraw and the secret FBI files is now in the development stage, says Colbert.

And though Rackstraw claimed in his final days that allegations he was DB Cooper were destroying his life, he remained coy to the end.

“They say that I’m him,” said Rackstraw. “If you want to believe it, believe it.”