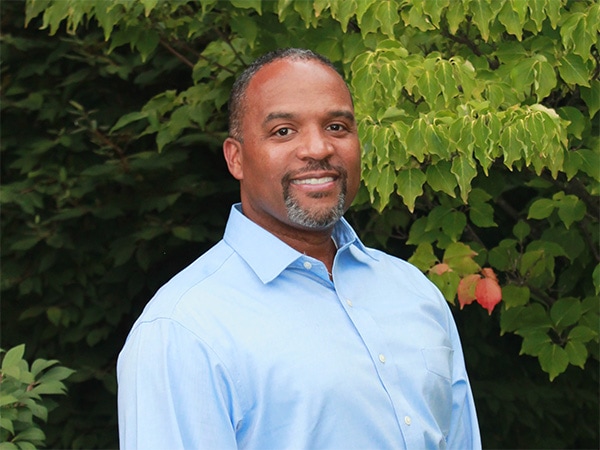 Every time Neil DeSousa escorted a witness in the nation’s Witness Protection Program to a courthouse to deliver testimony critical to federal crime prosecution, he may have put himself in harm’s way to ensure the protected individual arrived safely.

“In the moment, I didn’t think about the danger. I was just doing my job,” DeSousa said.

DeSousa, FSA Federal’s Regional Director for the U.S. South region, held a distinguished nearly 30-year tenure at the U.S. Marshals Service before joining FSA in 2017. He is now responsible for a team of 200 on the U.S. Department of Justice Asset Forfeiture Administrative Support Services contract.

“Neil is the type of person and leader who is always willing to assist others in excelling and doing their best—this included ensuring the best for the USMS,” said David Anderson, retired USMS Acting Deputy Director. DeSousa’s inspiration to join USMS was Ruby Bridges, who in 1960 was one of the first black children to be integrated into an all-white school in the South. Ms. Bridges was protected daily by federal marshals when attending first grade. She faced angry crowds outside her school in New Orleans. DeSousa was attracted by the principle that those on the side of the law should be protected by anyone who would wish them harm. Years later, he was honored to staff a USMS booth with Ms. Bridges at a government convention. DeSousa also initiated an annual Diversity Day at USMS to honor and celebrate the diverse make-up of District Office employees.

“He demonstrated himself as an outstanding public servant and leader during his distinguished career with the U.S. Marshals Service,” Anderson said. “As a Chief Deputy, Acting U.S. Marshal and later an Assistant Director, Neil consistently put his employees and those he served first. He was routinely relied upon by Agency senior leadership to address strategic initiatives and provide a vital link between leadership and those in the field.” DeSousa’s concern for his team and desire for mission effectiveness spurred him to expand the canine explosive detection program and create USMS’s tactical canine program to keep deputies safer when apprehending fugitives. The trained canine, whose presence often reduces a fugitive’s resistance, locates a target individual in a building and bites until deputies can safely enter and complete the apprehension.

“I constantly receive feedback from both employees and customers regarding Neil’s outstanding service,” said Steve Derr, vice president of operations, DOJ, at FSA Federal. “Neil has easily made the transition from government leader to government contractor, something that many in federal law enforcement struggle with. He uses the experience from his USMS career to manage people and programs as a government contract manager, while applying his law enforcement knowledge to provide outstanding client service.”

Customer service became one and the same with community service, when as Acting U.S. Marshal, Southern District of Florida, DeSousa oversaw security of notorious pyramid-scheme fraudster Bernie Madoff’s forfeited properties in the region, including a home, car and three yachts. A well-rounded leader with a breadth of abilities, Neil leads with passion and compassion. As head of the Tactical Operations Division, he was responsible for the Office of Crisis Services, which responds to line-of-duty deaths and provides peer support. One of his most difficult assignments, practically and emotionally, involved managing services for a fallen deputy from Louisiana shot by a fugitive in Mississippi. Neil oversaw funeral security, a 50-car motorcade for the two-hour return drive, coordination with all local jurisdictions en route, a drum and pipe team performance, and employee assistance services for the family.

“I wanted to send him off in an honorable way,” Neil said.

DeSousa’s guiding principle of dedication to service is evident from his volunteer work for the broader community. Since 2015, DeSousa has served as a founding member on the board of directors of the U.S. Marshals Museum. His guidance has helped shape the museum’s development, as fundraising and facility construction continue.