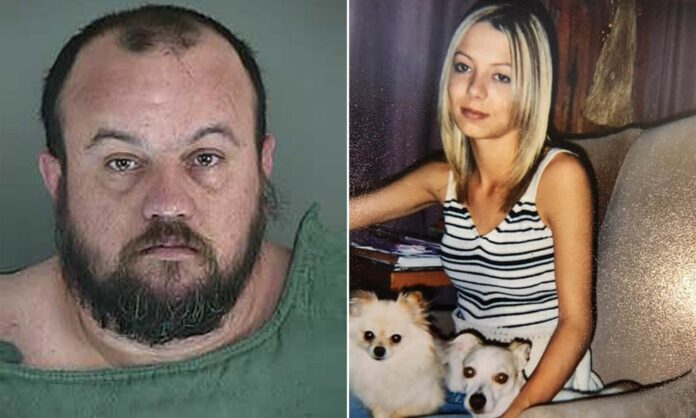 For 16 years, family members, friends, and followers of the unsolved murder of Rebekah Gould had few answers to the countless questions surrounding her death, which occurred on or about September 20, 2004.

Finally, on November 7, 2020, an arrest was made in the case. William Alma Miller was questioned and later arrested by an officer of the Arkansas State Police (ASP) in Oregon.

On December 21, Miller was extradited to Arkansas and has appeared in court twice since then. He was charged with first-degree murder and has hired two lawyers so far. His next pre-trial hearing is scheduled for March 30. The ASP have not released any details concerning the evidence or probable cause that led to his arrest.

Who Is William Miller?

Rebekah was killed inside the residence of her then-boyfriend, Casey McCullough. Her body was moved from the primary crime scene to a secondary location and a rudimentary clean-up of the scene was conducted. William Miller is Casey’s first cousin; their parents share the same father.

Reportedly, Miller’s mother and brother had moved to the Guion, Arkansas, area from Texas about a month or so prior to Rebekah’s murder. Miller, who was 27 at the time, remained in Texas with his wife and young daughter. According to an ASP press release, in the days prior to Rebekah’s murder, Miller drove to Arkansas to visit his newly-relocated family members in Arkansas. It is unknown how he came to cross paths with Rebekah or became involved in her murder.

Miller Took Risks that Led to His Detection

Miller exhibited some noteworthy behaviors in the year prior to his arrest. He joined a Facebook group that George Jared and I are administrators for.

When he joined our group, we knew Miller was a relative of Casey’s, although he took measures to conceal his connection to the family. He participated in several discussion threads in the group, but did not raise any obvious red flags.

Someday, when we can view the case file, we will know whether Miller leaked critical information about the crime and/or whether he made comments with the intent to mislead investigators. Either way, his choice to join the Facebook page increased his level of exposure and risk.

Miller also sent private messages via Facebook Messenger to both George and myself. In hindsight, we can deduce that he was probably trying to determine what information we had that might lead to our discovery of him as the perpetrator.

In a previous article, I discussed the applicability of behavioral analysis (often referred to as “criminal profiling”) to Rebekah’s case. I originally stated that her killer fell into the disorganized end of the spectrum, and I still stand by that conclusion.

The crime itself and the actions taken in the aftermath of the murder were chaotic and clearly unplanned. Miller exhibited the traits of an unsophisticated criminal — one who was not experienced or well-versed in committing criminal acts.

Although Miller has not been charged with tampering of evidence, it appears authorities believe he is solely responsible for the removal of Rebekah’s body from Casey’s residence and the subsequent clean-up of the scene. Killers most commonly engage in these behaviors when they have a publicly known link to the victim and crime scene.

Although Miller was only in town visiting his relatives, he may have been seen by witnesses in Rebekah’s company and/or at Casey’s residence prior to the murder. His knowledge of others seeing him there may have led to his choice to try and clean up evidence of the crime and ultimately misdirect the focus of investigators away from himself.

Also, there may be other reasons, of which we are yet unaware, that compelled him to remain at the scene to clean up and move Rebekah’s body. Though Miller’s actions were sloppy, they were regrettably successful as he was not investigated as a suspect for more than 15 years.

What Was the Motive behind Rebekah Gould’s Murder?

The use of blunt force trauma to kill a victim is most commonly a result of a crime of passion, during which the perpetrator becomes enraged and cannot control his or her anger. Blunt force trauma is also a very personal way in which to kill someone; using an object to hit a person is nearly synonymous with using one’s fist. In contrast, using a gun to shoot a victim is much less personal and provides both a literal and psychological distance from the perpetrator to a victim.

Based on current information, Miller and Rebekah did not know each other prior to the weekend of her death. Therefore, a crime of passion seems unlikely because there was little or no personal history between the two. One of the looming questions in this case is: What circumstances led to Miller becoming so incensed that he chose to murder a woman he barely knew?

Naturally, as an investigation continues and more information is collected, one’s conclusions about a crime evolve. I believe most of my initial analysis about the Rebekah Gould homicide to still be valid, but some of my original deductions have changed.

Originally, I was under the impression that Rebekah had been captured on video at a gas station on the morning of Monday, September 20 in 2004. I know now that piece of information is likely incorrect.

Although there is an eyewitness who believes she saw Rebekah at that gas station on Monday, there is no solid evidence to back up that recollection. Therefore, it must be considered that Rebekah may have been murdered prior to Monday morning.

I also previously believed that there was no unidentified foreign DNA (DNA not matching any residents or frequent visitors of the home) that had been collected from the crime scene inside Casey’s residence. Whoever killed Rebekah, moved her body, and cleaned the scene left forensic traces of themselves.

My conclusion about the lack of unidentified DNA was based on the knowledge that the persons of interest investigated early on provided DNA samples to law enforcement. None of them were ever arrested, which meant their DNA did not match any found at the crime scene.

Furthermore, the previous investigator assigned to Rebekah’s case engaged in “confirmation bias” and remained convinced that a particular local resident was responsible for the murder, despite there being no solid evidence linking that person to the crime. That man is a convicted felon, and his DNA is therefore in the FBI’s Combined DNA Index System (CODIS). As a result, if the local resident’s DNA had been found at the crime scene, the investigator would have had enough probable cause to arrest him.

It is illogical that the investigator of Rebekah Gould’s case had an unidentified DNA sample, which he knew did not match the man he alleged to be the perpetrator, and still made verbal accusations towards that person. Unfortunately, not all law enforcement officers are as open-minded as they are trained to be. There is a realistic possibility that Miller’s DNA was in the case file all these years, and the ASP only made a match to him in the months before his arrest.

Another conclusion which seems less likely now is that Rebekah’s body was transported to the disposal site on Monday during daylight hours. Since the investigator originally believed that a certain local resident killed Rebekah, it seemed plausible for the perpetrator to utilize back roads and a vehicle with a trunk or hatchback to move Rebekah’s body on Monday.

However, new information indicates that Miller owned a pickup truck with an open bed. Although there is a good chance Miller knew the back roads between Casey’s residence and the disposal site, it is unlikely he would take the immense risk of transporting a dead body in the bed of his truck during daylight hours, where it could have been easily spotted by a passerby.

Miller would not have been as familiar as local residents with the neighbors in the area, their daily habits, or the pattern of traffic on the route the perpetrator chose to use. More questions remain: When was Rebekah’s body moved and what vehicle was used to transport her?

As we obtain more information about Miller and his family’s whereabouts in the days surrounding Rebekah’s murder, it will likely become apparent that this crime could have been solved long ago. At a minimum, there are family members who must have known Miller was in town at the time of Rebekah’s murder and fled the area shortly afterward. It does not appear any of them ever came forward with that information or pressed police to look into his potential involvement.

Additionally, during the week Rebekah was missing, Casey’s neighbor made a statement to police about the presence of a blue sedan with Texas license plates at Casey’s property on Saturday, September 18. We now believe that Miller was the driver of that vehicle. If police had released the information about that sighting to the public, that may have led to additional tips and resulted in a quicker discovery of Miller’s involvement.

Obviously, if I and the others who have investigated this case had known Miller had been in town visiting that weekend, that information would have greatly influenced our work on the case. Unfortunately, that piece of information did not come to light until several weeks before his arrest.

There is a legitimate strategy behind a law enforcement agency keeping certain details of an active investigation out of the public purview. It does not benefit the case to keep all information private, however, especially when a case has gone cold for over a decade.

Releasing certain pieces of information over time and utilizing crowdsourcing opportunities has proved advantageous in countless criminal cases. Although these efforts were not utilized by the investigating agency in Rebekah’s case, the lessons learned can serve as a guide to other homicide investigators. ##